If you are interested in purchasing Messages from the Scriptures, please see Deseret Book or Amazon.com. For information about the book, see this YouTube video. For more information about me as an author, see my Amazon author profile or my publisher's blog post about me.

Our Own Preconceived Notions

I served my mission in the Dominican Republic, and while I can honestly say I love it there and I love the people, it did not start out that way. There were a lot of things that I found unusual and weird. Of course, later I realized that my culture has just as many oddities as Dominican culture does. So ultimately I decided it's just different. But one of the things that is different is the way that Dominicans sing some hymns. In my experience at least, Dominican members aren’t particularly musically knowledgeable. They don't necessarily read music, they just sing the hymns. But I think that's what most people do in the United States also. The difference is that they don't sing all of the hymns correctly. Some notes are too long; some notes are too short. I think it has to do with the way some early missionaries or members must have taught the songs to others, and now it's sort of just habit.

The point is, I knew a Dominican missionary who bought the hymns on CD (the official Church version) and was listening to them. He began to comment how he thought it was so unusual that the Church would put out an official CD that had the music wrong. Because from his perspective, it was wrong. My companion at the time explained to him that the church would not put out a CD that was wrong. It was the Dominican missionary who had sung it wrong all these years. At first, he went into denial. He said of course he hadn’t been singing it wrong all these years. But he soon realized that it was true -- and good for him.

But my point is: How many of us have preconceived notions of how a certain doctrine is or how the Church works that simply is not right. How many of us think in our own little way? How many of us think we know the way things are or should be because that's the way we always thought it was. Sometimes we find out we're wrong. And we need to be humble enough to accept that.

One of the verses from scripture mastery says that men are that they might have joy and I think that a lot of times we forget how important that is. I think about my one-year-old son and how happy he always is. My sister-in-law said that she wishes she were happy about anything as much as he is happy about everything. And I wonder if when Jesus said that we should be as little children if that's what he meant, at least in part.
Posted by Jeff Baker at 8:38 AM No comments:

Missionaries Are Not Alone

This is one of the first insights in Messages from the Scriptures. It was originally posted at my publisher's blog (and of course, it can be found in the book itself).
Though they are away from their families, missionaries are not alone, for God has promised to be with them.
Behold, I will go before you and be your rearward; and I will be in your midst, and you shall not be confounded. (D&C 49:27)
The Lord said He would “send for many fishers” and “many hunters” to seek out the inhabitants of the earth and teach the gospel (Jeremiah 16:16). Paul admitted that in order to have preaching, missionaries must first be sent (see Romans 10:15). Sometimes “being sent” means separation, not just from one’s family and friends but also from one’s home and culture. Serving as a missionary can be difficult, but missionaries should not feel alone. In the latter days, Christ promised blessings to missionaries, saying, “The power of heaven [shall] come down among them; and I also will be in their midst” (3 Nephi 21:25). The same idea appears in Zenos’ allegory of the olive trees: “The Lord of the vineyard said unto them: Go to, and labor in the vineyard, with your might. . . . And it came to pass that the servants did go and labor with their mights; and the Lord of the vineyard labored also with them” (Jacob 5:71–72). In moments of discouragement, missionaries should remember that the Savior has promised to be with them.
Posted by Jeff Baker at 2:25 PM No comments:

This is one of the first insights in Messages from the Scriptures. It was originally posted at my publisher's blog (and of course, it can be found in the book itself).
Through the Holy Ghost, God will reveal His mysteries to those who diligently seek them.
For he that diligently seeketh shall find; and the mysteries of God shall be unfolded unto them, by the power of the Holy Ghost, as well in these times as in times of old, and as well in times of old as in times to come; wherefore, the course of the Lord is one eternal round. (1 Nephi 10:19)
Alma taught that “it is given unto many to know the mysteries of God; nevertheless, they are laid under a strict command that they shall not impart only according to the portion of his word which he doth grant unto the children of men, according to the heed and diligence which they give unto him” (Alma 12:9). Apparently Mormon was in this same situation, for he “was about to write these things” (we know from the context that he was speaking of spiritually sensitive information), “but the Lord forbade it, saying: I will try the faith of my people” (3 Nephi 26:11). The Lord promised, “Unto him that keepeth my commandments I will give the mysteries of my kingdom” (D&C 63:23; see also Alma 12:10). There are many things God will teach us if we search diligently. Nevertheless, we must remember that it is in the Lord’s time, and that sometimes we simply have to say, as Alma did, “these mysteries are not yet fully made known unto me; therefore I shall forbear” (Alma 37:11).
Posted by Jeff Baker at 2:17 PM No comments:

This is one of the first insights in Messages from the Scriptures. It was originally posted at my publisher's blog (and of course, it can be found in the book itself).
True conversion is marked by the loss of a desire to sin.
And they all cried with one voice, saying: Yea, we believe all the words which thou hast spoken unto us; and also, we know of their surety and truth, because of the Spirit of the Lord Omnipotent, which has wrought a mighty change in us, or in our hearts, that we have no more disposition to do evil, but to do good continually. (Mosiah 5:2)
When the people of Anti-Nephi-Lehi were converted to the gospel, the king said: “God hath taken away our stains, and our swords have become bright, then let us stain our swords no more . . . behold, we will hide away our swords, yea, even we will bury them deep in the earth, that they may be kept bright, as a testimony that we have never used them” (Alma 24:12, 16). This burial of weapons became a physical testimony of the people’s abandonment of sin. When more Lamanites converted to the truth later, “they did also bury their weapons of war, according as their brethren had” (Alma 25:14). More than seventy years later, Samuel the Lamanite mentioned that upon their conversion, the Lamanites would still bury their swords (see Helaman 15:9). Mormon wrote that “as many of the Lamanites as believed in their preaching, and were converted unto the Lord, never did fall away” (Alma 23:6). The righteous Lamanites were a great example of being firm in the faith and enduring to the end.
Posted by Jeff Baker at 2:15 PM No comments:

The Lord's Commitment to Us

This is one of the first insights in Messages from the Scriptures. It was originally posted at my publisher's blog (and of course, it can be found in the book itself).
The Lord never leaves us, but we often leave Him through our own disobedience.
Even from the days of your fathers ye are gone away from mine ordinances, and have not kept them. Return unto me, and I will return unto you. (Malachi 3:7)
Sometimes it may feel as though a distance has been formed between us and the Lord. But this separation is never caused by Him—it is our doing. As the Lord explained through the prophet Isaiah: “Have I put thee away, or have I cast thee off forever? . . . Yea, to whom have I sold you? Behold, for your iniquities have ye sold yourselves” (2 Nephi 7:1; see also Isaiah 50:1). The psalmist prayed that God would “turn us” (Psalms 85:4), not the other way around. We must be sure to stay close to the Lord and avoid self-inflicted separation. Elder Neil L. Andersen taught: “We push our spiritual roots deep, feasting daily on the words of Christ in the scriptures. We trust in the words of living prophets, placed before us to show us the way. We pray and pray and listen to the quiet voice of the Holy Ghost that leads us along and speaks peace to our soul. Whatever challenges arise, we never, never leave Him” (Neil L. Andersen, “Never Leave Him,” Ensign, Nov. 2010, 41–42).
Posted by Jeff Baker at 2:14 PM No comments:

This is one of the first insights in Messages from the Scriptures. It was originally posted at my publisher's blog (and of course, it can be found in the book itself).
Attending our church meetings allows us to strengthen each other, as well as to increase our resolve to live the gospel.
And the church did meet together oft, to fast and to pray, and to speak one with another concerning the welfare of their souls. And they did meet together oft to partake of bread and wine, in remembrance of the Lord Jesus. (Moroni 6:5–6)
Church attendance is an important part of our worship. Speaking of the first few generations after Christ’s appearance in the Americas, Mormon explained that the people “did walk after the commandments which they had received from their Lord and their God, continuing in fasting and prayer, and in meeting together oft both to pray and to hear the word of the Lord” (4 Nephi 1:12). “Meeting together oft” is an important part of following the Savior’s commandments. In our church meetings, we learn more about God and our relationship with Him—an essential element in obtaining exaltation (see D&C 18:25). We also strengthen each other in our resolve to live the gospel, which invites the Lord to help us. We read in 3 Nephi 24:16: “Then they that feared the Lord spake often one to another, and the Lord hearkened and heard.” And according to President Anthon H. Lund, “Unless the saints attend their meetings, it will be hard for them to keep alive in the gospel” (Anthon H. Lund, in Conference Report, Oct. 1907, 9).
Posted by Jeff Baker at 2:13 PM No comments: 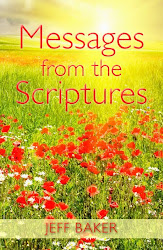